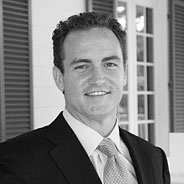 Kelly Kite Jr. is the Co-CEO and Co-Founder of Kite Capital Partners (KCP) where he oversees the firm’s ongoing strategy, governance, and business operations. Kelly has spent over ten years sourcing investment capital while simultaneously managing a diverse portfolio of private real estate investments among multiple funds. As a true believer in leading by example, it is as likely to find Kelly in his office at 1:00am poring over quarterly market reports as it is to find him manning a bulldozer in a hazmat suit.

After receiving a B.A. from the University of Florida in 2003, Kelly went on to receive his J.D from New York Law School in Manhattan. Prior to founding KCP, Kelly served as Managing Director of Kite Properties, a Florida-based merchant developer specializing in ground-up hospitality construction.

Kelly’s penchant for adventure has sent him trekking Ecuadorean Volcanoes and heli-skiing the Canadian Rockies where he was able to utilize his AV1 Avalanche training credentials. Since becoming a father, Kelly prefers sharing travel experiences with his wife, Jenn, and daughter, Willa, who became an international traveler before her first birthday. Despite a hectic schedule, he remains involved in the local community. He currently serves as Treasurer for The Vero Beach Wine & Film Festival and as Treasurer for The Indian River Land Trust, preserving the integrity of the Indian River Lagoon.

BACK TO TEAM PAGE >

Thank you! Your submission has been received!
Oops! Something went wrong while submitting the form.

Kite Capital Partners, LLC
AboutTeamInvestmentsNews & UpdatesInvest with UsInvestor Portal
© Kite Capital Partners, LLC. All Rights Reserved.
Disclaimer: This Information contained herein is being furnished on a confidential basis, is limited and not intended to provide a representation of the merits or risks associated with an investment in the Fund. Nothing in this presentation constitutes an offer to sell or the solicitation of an offer to buy securities. Returns were reported quarterly rather than monthly up to Q4 2014. Years 2009 through 2013 have not been submitted to or reviewed by an independent third party auditor and this document is in no way a guarantee of the accuracy of those returns.