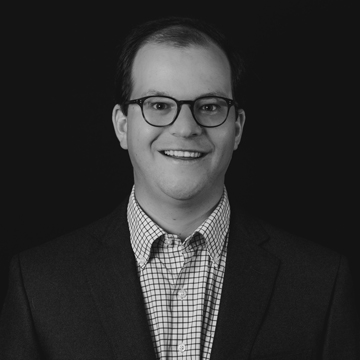 Ed Moor is not laughing at any jokes when it comes to the firm’s bottom line. His attention to minutiae when conducting due diligence for new investments may be attributed to his no-nonsense attitude. Ed is responsible for acquisition underwriting and asset management in addition to overseeing the firm's marketing efforts.

While earning a B.A in Finance from George Washington University, Ed spent his summers at KCP’s offices as the firm’s pioneering intern. Prior to joining KCP in 2017, Ed was an associate appraiser at Frazier Capital in their San Francisco offices. During his employment Ed received extensive training while earning his credentials as a licensed Real Estate Appraiser in California. After relocating with his fiancée to their hometown of Vero Beach, FL, Ed began his tenure at KCP.

On the rare occasion he decides to leave the office, you may find the southpaw deep-sea fishing along the Gulf Stream of The Treasure Coast or hosting a BBQ at his new home.

BACK TO TEAM PAGE >

Thank you! Your submission has been received!
Oops! Something went wrong while submitting the form.

Kite Capital Partners, LLC
AboutTeamInvestmentsNews & UpdatesInvest with UsInvestor Portal
© Kite Capital Partners, LLC. All Rights Reserved.
Disclaimer: This Information contained herein is being furnished on a confidential basis, is limited and not intended to provide a representation of the merits or risks associated with an investment in the Fund. Nothing in this presentation constitutes an offer to sell or the solicitation of an offer to buy securities. Returns were reported quarterly rather than monthly up to Q4 2014. Years 2009 through 2013 have not been submitted to or reviewed by an independent third party auditor and this document is in no way a guarantee of the accuracy of those returns.